Home » Parkin mutations cause changes in electrophysiological properties of neurons

Parkin mutations cause changes in electrophysiological properties of neurons 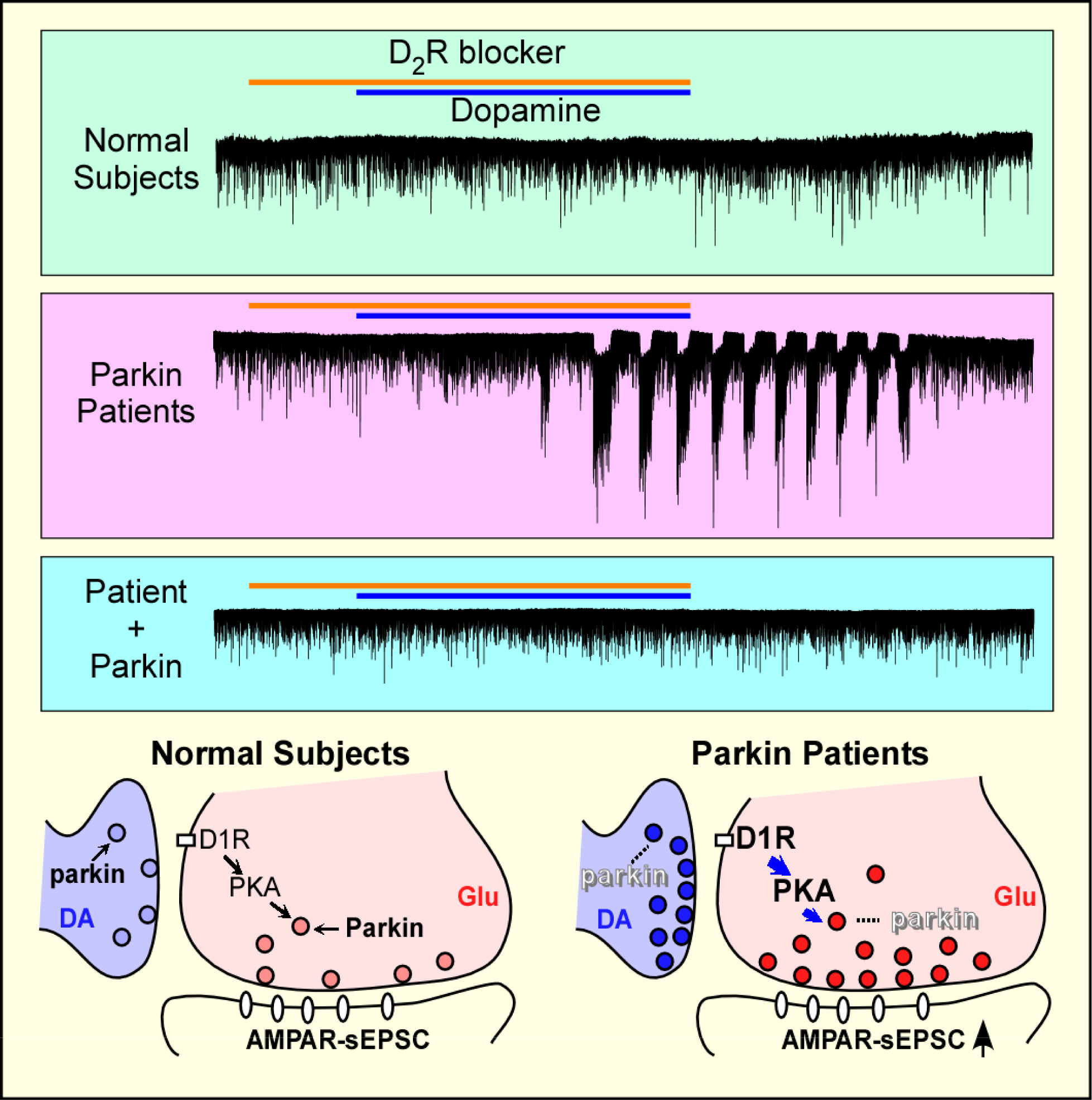 Parkinson’s is a neurodegenerative disease characterized by loss of a specific type of neuron in the brain. Now, Jian Feng, Ph.D., a professor at the University of Buffalo, has identified the physiological effect that mutations in Parkin, one of the genes associated with familial, or inherited, forms of the disease. Dr. Feng’s research group has been studying the underlying mechanisms of Parkinson’s disease (PD) for quite a while. In recent years, his group produced induced pluripotent stem cells (iPCs) from PD patients carrying mutations in the parkin gene. After generated iPSCs, they differentiated the cells into dopaminergic neurons, the very type of cells lost in PD. When recording electrical activities of cells, they found a clear difference between cells from healthy patients and cells form PD patients. Neurons produced from PD patients’ cells showed abnormal responses to the neurotransmitter dopamine. Spontaneous excitatory postsynaptic currents (sEPSCs) generate small increases in membrane potential in postsynaptic neurons that make the neuron more likely to fire an action potential. In cells from both patients and controls, exposure to dopamine results initially in a decrease in the amplitude of sEPSCs. Control cells then return to baseline, but PD patients’ cells show increased amplitudes of sEPSCs. The sEPSCs resulted specifically from activation of D1-class dopamine receptors, and could be rescued by reintroduction of wildtype Parkin. The dopamine-induced sEPSCs result in rhythmic oscillations in membrane potential, reminiscent of abnormal neuronal activity observed in patients. By defining a pathophysiological role for parkin mutants in PD, Dr. Feng’s research may aid in development of improved therapies to treat the disease. This research was supported in part by NYSTEM research awards C028129 and C029556 to Dr. Feng.