Home » A Protocol for Production of Neurons to Study Mental Illnesses

A Protocol for Production of Neurons to Study Mental Illnesses 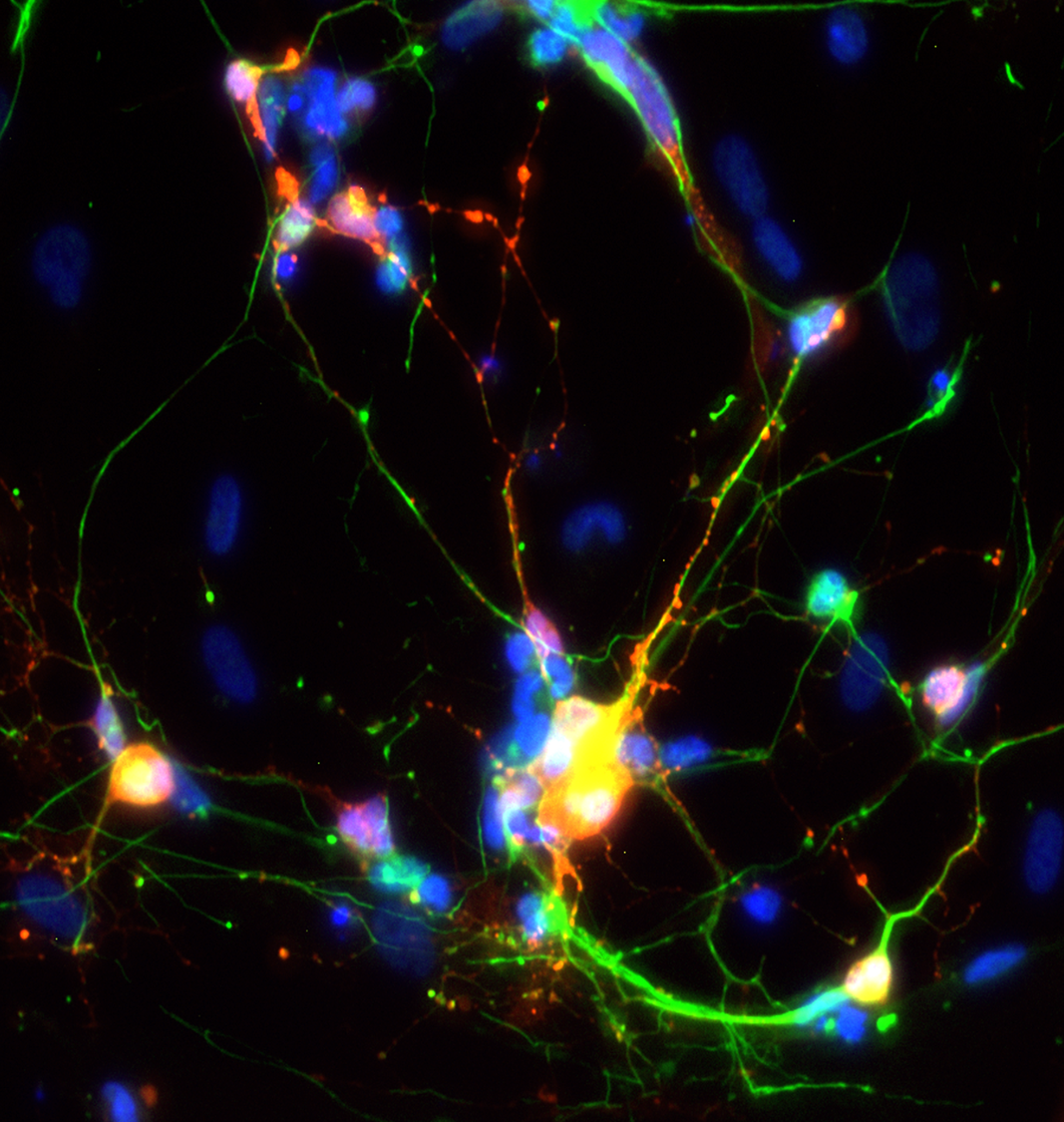 Serotonergic neurons occur in the brain and produce the neurotransmitter serotonin.  A number of mental illnesses, including depression, anxiety and obsessive-compulsive disorder are attributed to abnormalities of these neurons.  The ability to study these neurons in the lab could lead to a better understanding of the genetics underlying these disorders, and improved models for drug discovery.  However, such efforts have been hampered by the lack of a reliable method to produce human serotonergic neurons in the lab.  Now, a protocol developed in the lab of Jian Feng, Ph.D., at the University at Buffalo and published in Molecular Psychiatry describes such a method.  Dr. Feng’s group began with human fibroblasts, cells found in the skin and which are readily obtainable.  The researchers then inserted four transcription factors, proteins that activate expression of genes that have roles in the generation of serotonergic neurons during development.  After adjusting a number of other factors in the cell culture medium, they ultimately succeeded in converting nearly 25% of the cells in culture to serotonin-expressing neurons.  They were also able to replicate these results with fibroblast cells from several other, although not all, sources.  Importantly, the resulting neurons appear to function properly, at least in in vitro conditions.  This platform should aid in the search for drugs to treat relevant mental illnesses, in understanding the difference in patient outcomes in response to drugs, and in understanding the mechanisms by which genetic differences lead to or protect against such disorders.  This research was funded in part by NYSTEM contracts C028129 and C029556 to Dr. Feng, as well as a NYSTEM shared facility contract, C026714, to the University at Buffalo.