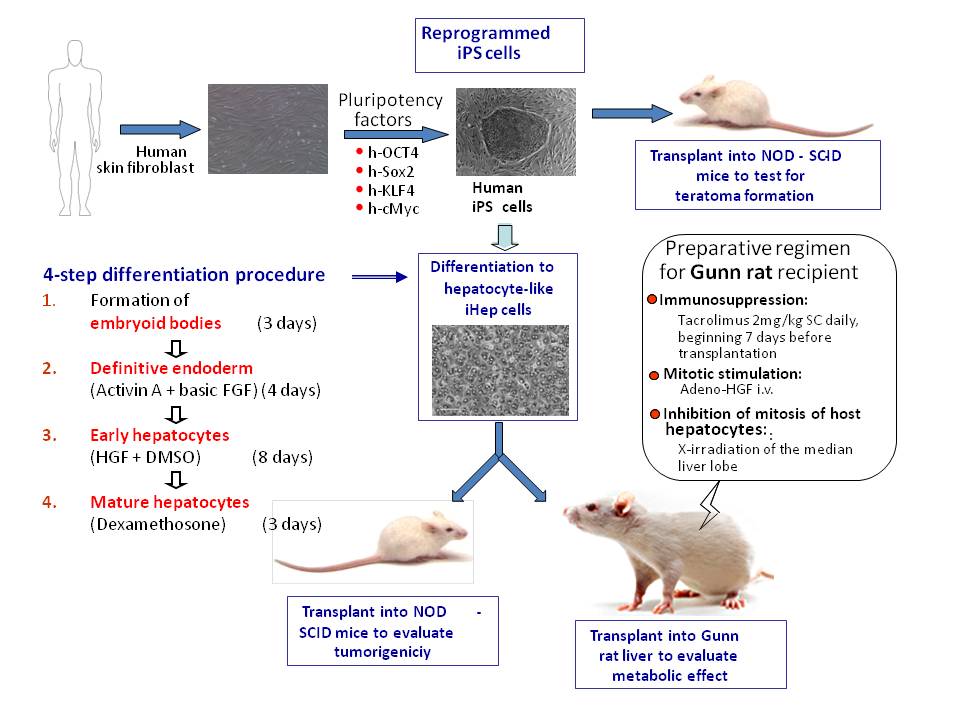 Crigler-Najjar syndrome 1 (CN1) is a genetic disease that prevents metabolism of bilirubin in the liver. CN1 requires daily doses of phototherapy and even with treatment can cause patient death. Hepatocytes are the major cell type in the liver and carry out its metabolic functions, including metabolizing bilirubin. Transplantation of hepatocytes is a potential therapy for inherited liver diseases, but the supply of hepatocytes is critically limiting for clinical use. Now, research from the labs of Drs. Namita and Jayanta Roy-Chowdhury at the Albert Einstein College of Medicine, show that transplanting cells derived from human stem cells into a rat model of CN1 can reduce the effects of the disease. The husband and wife team led a group project that converted human induced pluripotent stem cells (iPS cells, which are similar to embryonic stem cells) into hepatocyte-like cells. These so-called iHeps (for induced hepatocytes) were transplanted into rats that carry a mutation in the gene underlying CN1. The iHeps engrafted into the rat livers, expressed the missing enzyme protein, and were metabolically active, reducing bilirubin levels in serum by 30-60%. While not as efficient as donor human hepatocyte controls, such a reduction is clinically relevant. Based on calculations, the iHeps represented only about 2% of the total cell population of the liver. Several steps remain before such a therapy will be ready for testing in humans, but this report demonstrates proof of principal for the approach with clear avenues for improvements as well. The paper was published in the journal Stem Cell Reports and partially supported by NYSTEM contracts C024346 and C026440 to Dr. Jayanta Roy-Chowdhury.